Future Center Hakodate and Kids Plaza Hakodate opened in Hakodate city, Hokkaido on October 15, 2016. It has opened as a regional exchange center after two and half years of cooperation with Sony PCL.

We have taken comprehensive responsibility for the establishment of these facilities aimed to revitalize the area. Along with creating contents for the large LED display ‘Media Wall’ requested by the city at the time of project planning, we also designed the concept of the facility, cooperated with Future University Hakodate and worked with students through workshops to design the logo and website.

Hakodate City has been dedicated to disseminating science as the city’s new attraction since 15 years ago, and Future Univeristy Hakodate was founded for that purpose. With the creation of the nation’s first complex systems science department, it has been progressing in the fields of artificial intelligence, advanced technology education and design education. Future Center Hakodate and Kids Plaza Hakodate aim to use science as a base to nurture the strengths (the ability to recognize and solve problems independently) necessary for the next generation to uphold the world of the 21st century. We have called this strength ‘Odoroku Chikara’ (Sense of wonder) and used it as the concept to develop these facilities. By utilizing the location in front of the station, we hope to revitalize the area through the development of these facilities.

We have produced the contents listed below on the Media Wall. All of them will tickle the intellectual curiosity of children, and were produced with the objective of deepening their experience by interacting with the videos.

The secret of the herd 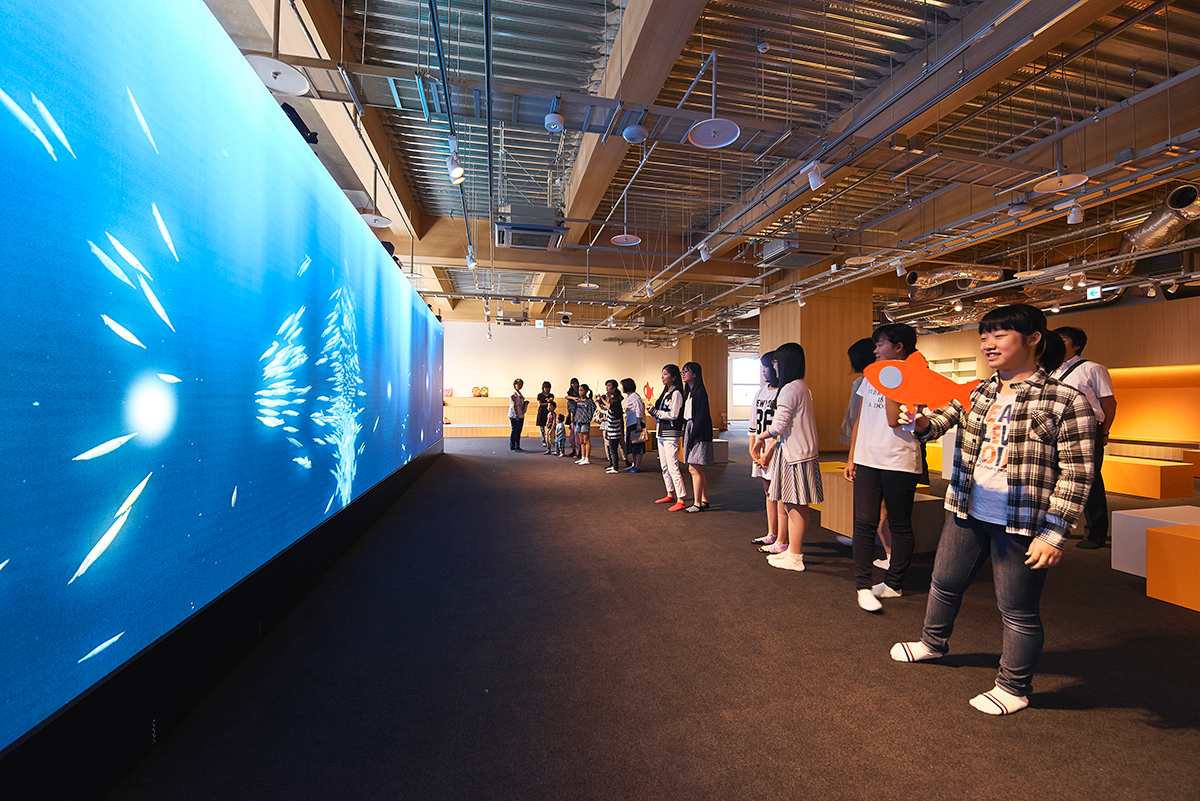 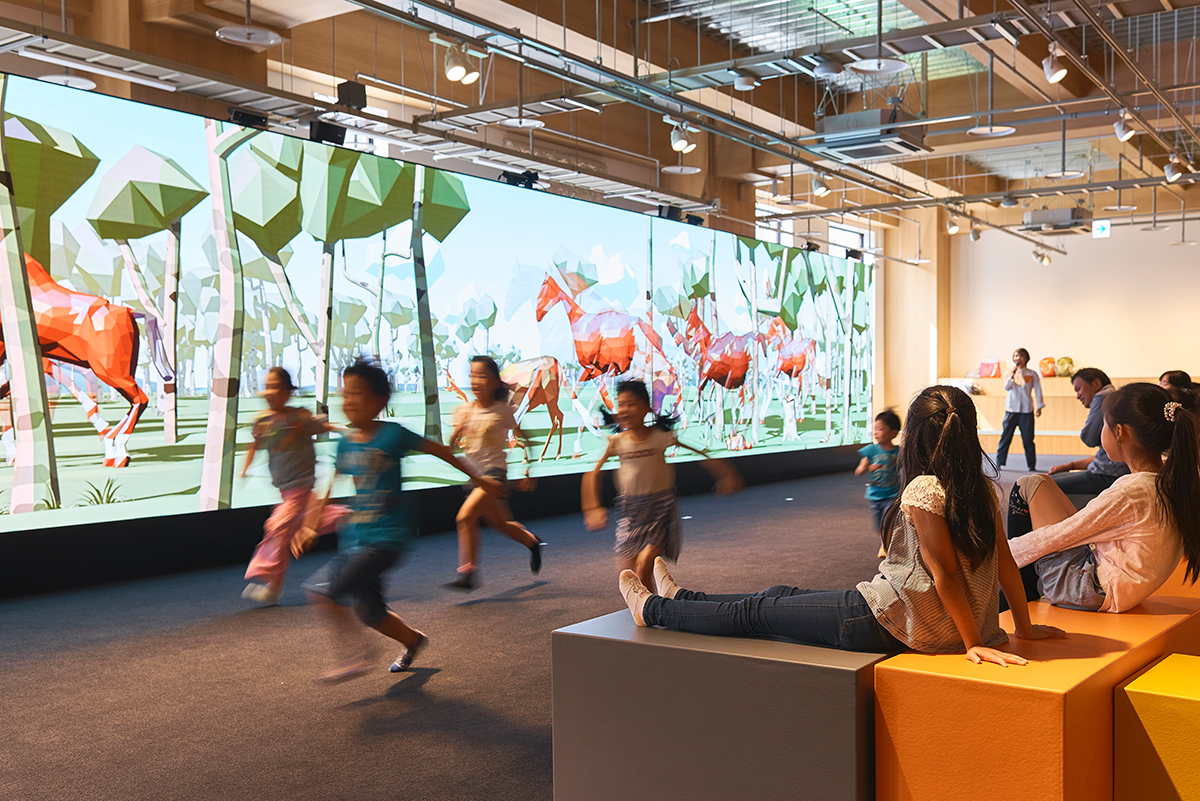 The deviation of time 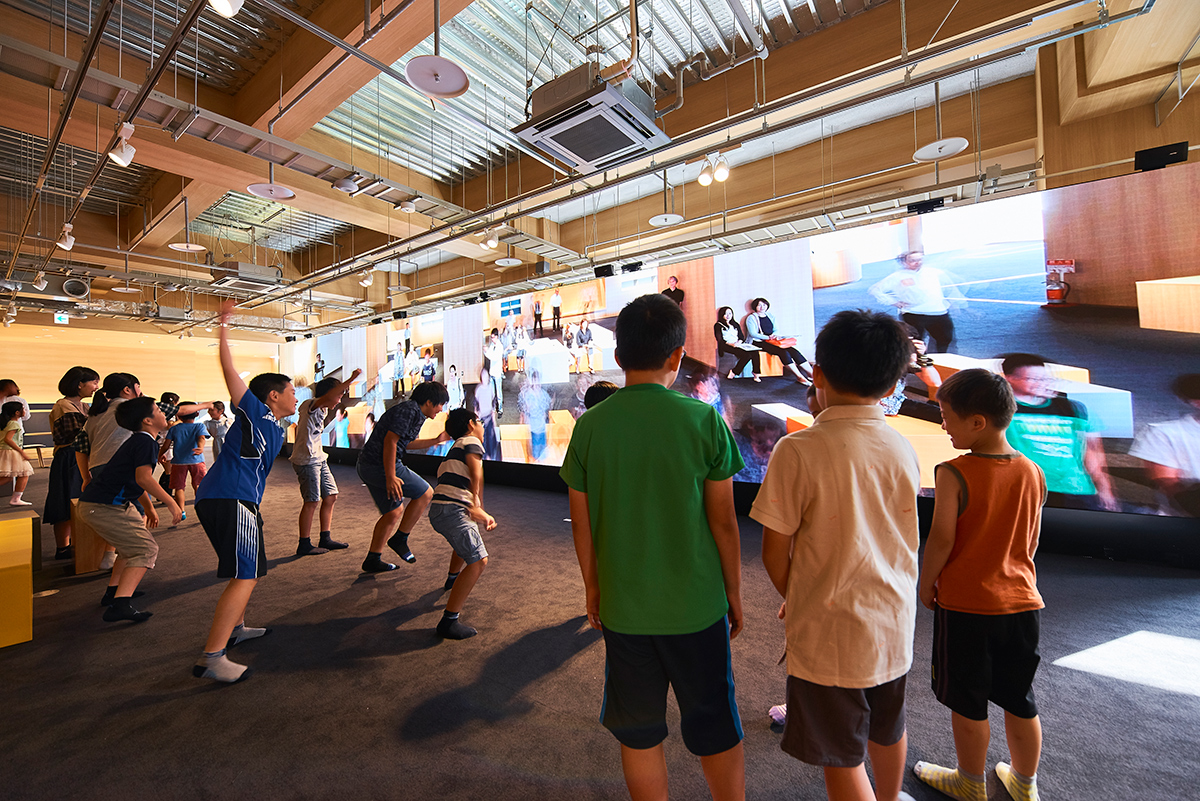 A space to enjoy the interaction of sound and videos.